The Market’s Up, The VIX’s Down, But Risks Abound

Bears Drowning In Sea Of Green

That ZeroHedge headline from Friday’s close would have seemed unlikely a few months ago, when former Fed wunderkind Zoltan Pozsar warned that the Fed needed stocks to fall further to fight inflation. Yet here we are, with stocks climbing back above key technical levels, and the S&P VIX Index falling below 20 after hovering in the low 30s in early June.

Fortunately, the new factor we added to our security selection process near the end of June has weathered the fib retracement well. As we mentioned in an investing note in a post at the time (A Rough Week For The Establishment), these were our top ten names on the first date we added the new factor:

Despite that, risks abound. To begin with, as ZeroHedge concludes in that post, the Fed probably will need to hammer stocks after all. 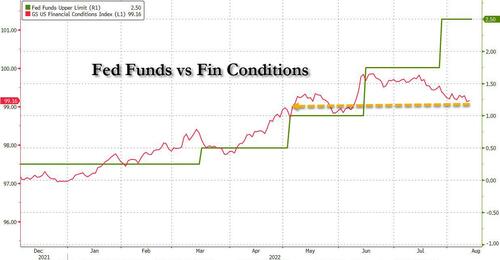 But consider also the geopolitical risks bubbling up this month:

Taking Advantage Of Lower Volatility To Limit Your Risk

Here’s a simple way of protecting a $500,000 stock portfolio against market risk using optimal, or least expensive, puts on SPY. You can use this approach with a $50,000 portfolio or a $5,000,000 portfolio too: just adjust the dollar amount you use in Step 1. For the purposes of this example, we’ll assume your portfolio is closely correlated with SPY, that you have enough diversification within it to protect against stock-specific risk, and that you can tolerate a decline of up to 20% over the next few months (if you have a smaller risk tolerance, you can use the same approach entering a smaller decline threshold).

Scan for the optimal, or least expensive, puts to protect against a >20% decline in 1,171 shares of SPY over your desired time frame. Here, I’ve used the end of the year, but you try any available options expiration.

This and the subsequent image are screen captures from the Portfolio Armor iPhone app.

Note the cost here: $7,854 or 1.57% of portfolio value, which was calculated conservatively, using the ask price of the puts (in practice, you can often buy options at some price between the bid and ask prices). That worked out to an annualized cost as a percentage of portfolio value of 4.12%.

Round up the number of SPY shares to the nearest 100 and repeat step 2.

Note that, in this case, it was cheaper to hedge rounding up to the nearest round lot: The cost was $5,652, calculated conservatively again, at the ask. That’s about 1.1% of a $500,000 portfolio, or 2.9% annualized. Might be worth it if you’re worried about the Fed smashing down stock valuations.

What About Your Bonds?

You can use the same approach as above, substituting a bond proxy for SPY. So, for example, the iShares 20+ Year Treasury Bond ETF (TLT) for long-dated U.S. government bonds, the iShares iBoxx $ Investment Grade Corporate Bond ETF (LQD) for corporate bonds, etc.

If You Want To Stay In Touch